Those occur within hours or days of the time that a person consumes a contaminant. People can suffer acute health effects from almost any contaminant if they are exposed to extraordinarily high levels (as in the case of a spill). In drinking water examples include microbes, such as bacteria and viruses, which are the contaminants with the greatest chance of reaching levels high enough to cause acute health effects.

These occur after people consume a contaminant at levels over EPA’s safety standards over the course of many years.
The drinking water contaminants that can have chronic effects include chemicals (such as disinfection byproducts, solvents and pesticides), radionuclides (such as radium), and minerals (such as arsenic). Examples of these chronic effects include cancer, liver or kidney problems, or reproductive difficulties.

There are 4 general categories of drinking water contaminants:

Water and Health In Europe

This great joint report-publication from the European Environment Agency and the WHO Regional European office takes forward some of the issues raised in Environment and Health. Microbial contamination, organic matter content, a number of serious diseases that can be spread via contaminated drinking water, health-problems associated with waterborne chemicals and radioactivity are just a few of the many critical aspects presented in this truly valuable joint > report-publication. 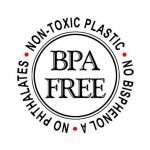